Three weeks ago, we attended a Life Appreciation Day. I’m not sure why it’s called that because every time I hear it I think of a funeral. Anyway, this certainly wasn’t a funeral. After being matched with our boys but before going to Matching Panel, the Life Appreciation Day was to give us as much information as possible and fill any gaps so everyone could be absolutely sure they wanted to proceed.

We knew it would be a long and emotional day, and so we traveled the night before and stayed over. We had a lovely dinner out at an all-you-can-eat buffet and then tried to relax, not easy when you’re suddenly in the same town as your children who you’ve never met. The next morning we had an all-you-can-eat (spot the theme!) breakfast at the hotel before setting off for the foster carers (Mike and Marion’s) house.

We knew our boys would be at nursery, but driving down the street was such a strange feeling. I kept looking at things – houses, cars, bins – and thinking, ‘my boys have looked at that too.’ Somehow having that house or car in common just for a second made me feel closer to them.

When we arrived at the foster carers house the boys’ social worker and family finder were already there, but our social worker hadn’t arrived yet. We didn’t really know how it would go, or if there was a structure to the meeting. There didn’t seem to be as everyone just started chatting, mostly about the boys. As soon as our social worker (Kate) arrived we felt a lot safer. She always seems to know what to say!

Mike and Marion are clearly very attached to the boys, they’ve had them for almost two years after all. It was obvious that they were very emotional and this made it hard. It felt like we were taking away their children. They were very professional and kind though, they kept saying things like, ‘it’s all part of the job!’ with a laugh; but it was clearly very hard for them. We could see how loved the boys were from the way they talked about them, and that was a great comfort to us. They kept pointing out things around us – that’s his blanket, he likes that cushion. Everytime they did my tummy went all funny. They boys were becoming more and more real. Then they showed us their bedroom.

At that point it all got too much for me. The feeling of being so close to them, without them being anywhere near was strange. We’ve grown to love these two little boys who we’ve never met. Seeing where they slept, their clothes hanging up, teddies on their bed. It was so happy, and so sad. Happy because we felt close to them. But sad  because we weren’t. I also felt incredibly guilty for taking these two wonderful boys from these two wonderful foster carers. Marion gave me a big hug. Although I don’t know them, I do love them, because they have loved my boys, and my boys have loved them. They’re part of my family’s story. And knowing that my boys have been in that hug too was wonderful. When we came downstairs, all the social workers were sat with diaries out discussing Introductions. My head started spinning, it was all becoming very real. Fortunately Mike and Marion wanted to show us the garden and so we quickly left the room again! 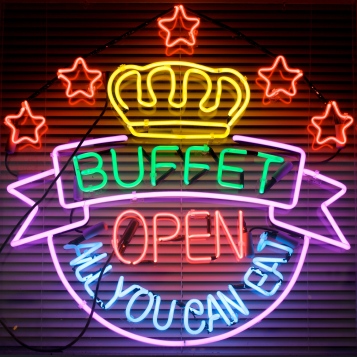 After leaving the foster carers, we went to (you guessed it!) an all-you-can-eat carvery pub to meet the adoptive parents (Gary and Joan) of our boys’ half brother (Josh). We were nervous about this too. Part of the adoption arrangements is that we will have direct contact with Josh at least once a year, as well as sending Christmas/birthday presents. By adopting our boys, we’re also gaining a sort of extended family, so we wanted this first meeting to go well!

It did, they were absolutely lovely. They are completely in love with their son and that was lovely to see. As they had fostered Josh while our boys were with Mike and Marion (sorry, hope you can keep up!) they knew the birth family well from contacts. It was really helpful to be able to get more information, especially from people who are adopting a child from the same home as we are. We were disappointed to hear last week that we probably won’t be meeting with birth mother; but we are glad we will always have Gary and Joan to fill in gaps. As the boys get older I hope they will see Mike and Marion as an uncle and aunt, and that they’ll be able to chat to them about their birth family.

After this meeting, we headed for the boys’ nursery. Only Kate was coming with us as the boys’ workers had other appointments. She went ahead in her car and we arrived a minute or two behind so headed in to find her. As we walked up the path, I had the same feeling as in the boys’ bedroom. I looked around greedily, trying to drink in all the things they must have looked at too. I noticed a little blonde head that reminded me of our youngest boy. I imagined it was him playing at nursery. Then my husband nudged me and whispered, ‘don’t freak out, but I think they’re here.’

Somehow the boys were at nursery when we were due to go. We’re still not sure how it happened, but we’re so glad it did! People keep asking me how it felt to see them, and I just don’t know. My first reaction was to turn around and run away. I felt like I’d give it all away if they saw me, or that we’d get into trouble. Fortunately my husband was behind me so I couldn’t, and we kept walking towards the door. I tried not to look at the boys, it felt like I wasn’t allowed to! But I couldn’t help myself, especially as our youngest had stopped scootering and was staring right at us as if he knew! My head was spinning, my ears were ringing, I felt like I couldn’t breathe.

I’m not sure how we got inside, but we did. And as soon as we did I burst into tears. I was so confused how that had just happened, and so overwhelmed. Kate apologised and checked we were OK, then she let us sneak around a corner where we could watch them playing for a few minutes! They were the most wonderful few minutes. Somehow, we stopped looking and composed ourselves. We still had to sit through a meeting with the boys’ key workers.

My head was still spinning, and sitting at a tiny table on tiny chairs drinking water out of pink, plastic wine glasses didn’t help the situation – it all felt a bit Alice in Wonderland! Fortunately Kate asked lots of questions while I mostly sat stunned. To be honest, I can’t really remember what we talked about, but we took photos with the key workers so we could tell the boys this story one day!

Finally, we drove to the hospital to meet the doctor who has done regular medical checks on the boys since entering care. she was another lovely person, and so helpful! She explained a lot of things very thoroughly, but in a way we could understand. One of the boys may need a simple procedure, and the decision was due to be made the week of introductions, so she was able to advise us on this. We were so grateful to have this meeting, it was really valuable. But it was also the end of a very strange day, and my husband kept dropping off! As we were saying goodbye, she told us she would be on the Matching Panel! I asked her if she would please say yes, and she said OK! That made me feel a lot better!

Well, that was a long post about a long day. We came home feeling more sure that these were our children, and with their faces in the playground etched on our hearts.

N.B. I have changed everybody’s names!